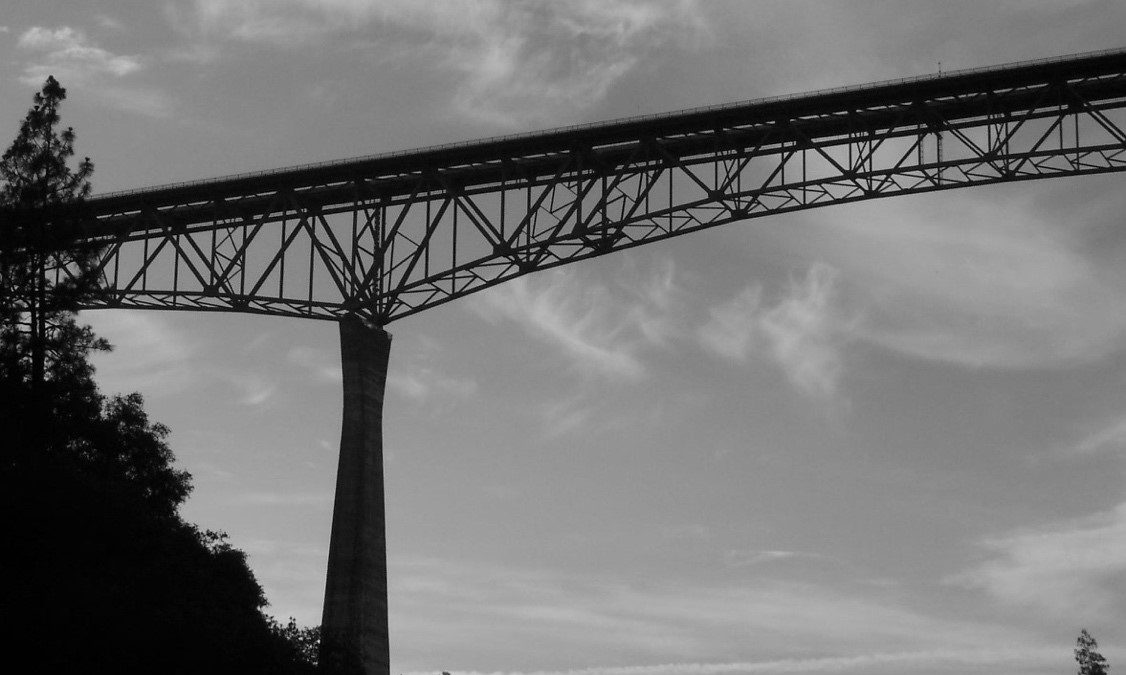 The history behind the Foresthill Bridge

The Foresthill Bridge, which is also known as the Auburn-Foresthill Bridge, is the highest bridge by deck height in all of California, standing 730 feet above the water. Upon its opening, it was the second tallest in the world. Today, it continues to hold distinction for its height and history.

The bridge, fabricated by Kawasaki Heavy Industries in Japan, opened in 1973 and was designed to accommodate the unbuilt Auburn Dam, which was slated to be completed in the 1970s. However, it was postponed over a variety of concerns.

The Foresthill Bridge’s height was set to accommodate the reservoir below, but despite some completed groundwork for the Auburn Dam, it never came to be.

In the early 1970s, foundation work commenced on the planned 685-foot-tall dam, but construction to the complementary dam stopped over a series of seismic, budgetary, political and environmental concerns.

Despite its utility to many of the residents in the nearby towns, where pedestrian can cross in either directions, and its perched-up window to the bucolic scenery of the foothills, the waterway, the valley and the Sierra, the bridge would not have been financed without the planned reservoir.

The dam wasn’t the project’s only causality. A cable stay bridge was also in the works near the Ruck-A-Chucky rapids. The tower-less bridge would have crossed the river several miles upstream, providing more sweeping views of the river system, canyons and land.

Visitors looking into the gorge can also see the abandoned Mountain Quarry railroad bridge, originally built in 1912 by the Pacific Portland Cement Company. The bridge and the rail line were abandoned around 1939, however. When the Hell Hole Dam broke in 1964, the integrity of the structure was tested. The flood actually took out a road bridge just upstream from the railroad bridge, and its remains can still be seen.

The surrounding projects that were planned near the Foresthill Bridge are left to the one’s own imagination. But perhaps they will come as an afterthought once you become immersed by the beautiful view.

The Foresthill Bridge is an iconic structure in Placer County and if you haven’t been to see it, we highly recommend you do!

The three breweries in Placer County you must try