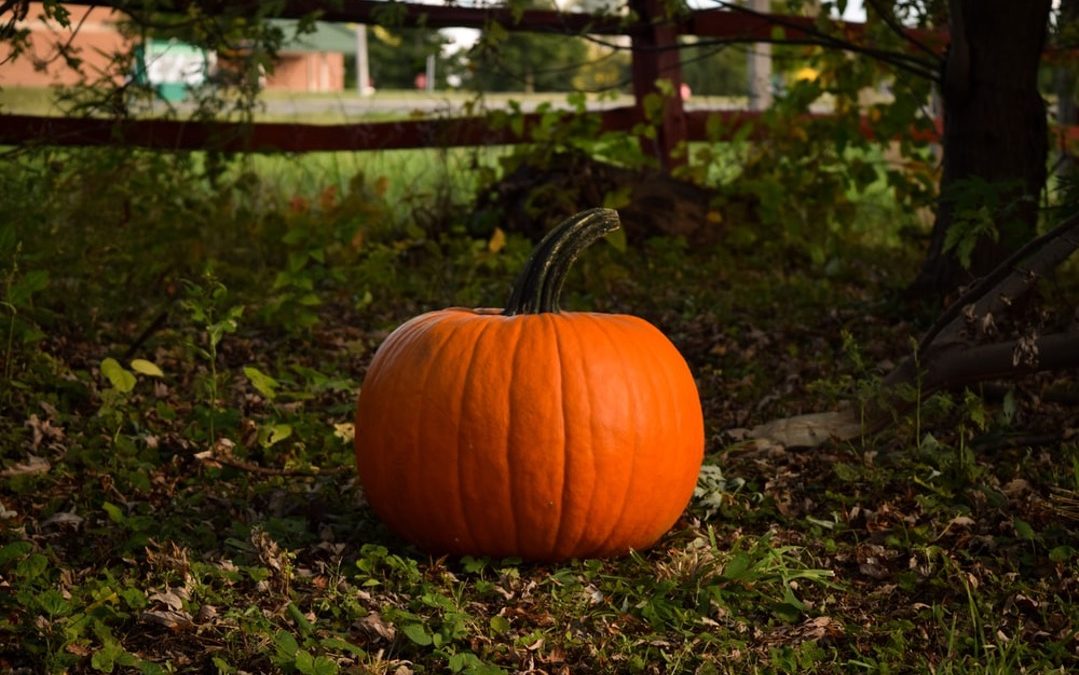 Autumn is here. Which means now is the perfect time to bring home a pumpkin or visit a pumpkin patch and enjoy fall’s harvest.

A visit to the pumpkin patch is an outing the entire family will love. So if you want to discover all the fun the region’s pumpkin farms have to offer, here are a few places to consider.

Fowler Ranch is hosting two big events on Oct. 10 and 17, but you don’t have to wait until then to get into the spirit of cooler weather and Halloween.

Whatever your pumpkin needs are, Fowler Ranch in Lincoln delivers. You’ll find a diverse selection of pumpkins in various sizes, shapes and colors.

The farm is open Thursday through Sunday from 9 a.m. to 5 p.m.

You and your family will enjoy pumpkins, a corn maze, BBQ, specialty foods, face painting and so much more.

This pumpkin patch is family owned and is now open through Halloween.

Ideal for every family member, Rickey Ranch offers hayrides and a wide selection of pumpkins in all shapes and sizes.

Rickey Ranch Pumpkin Patch is located up the road in Granite Bay. 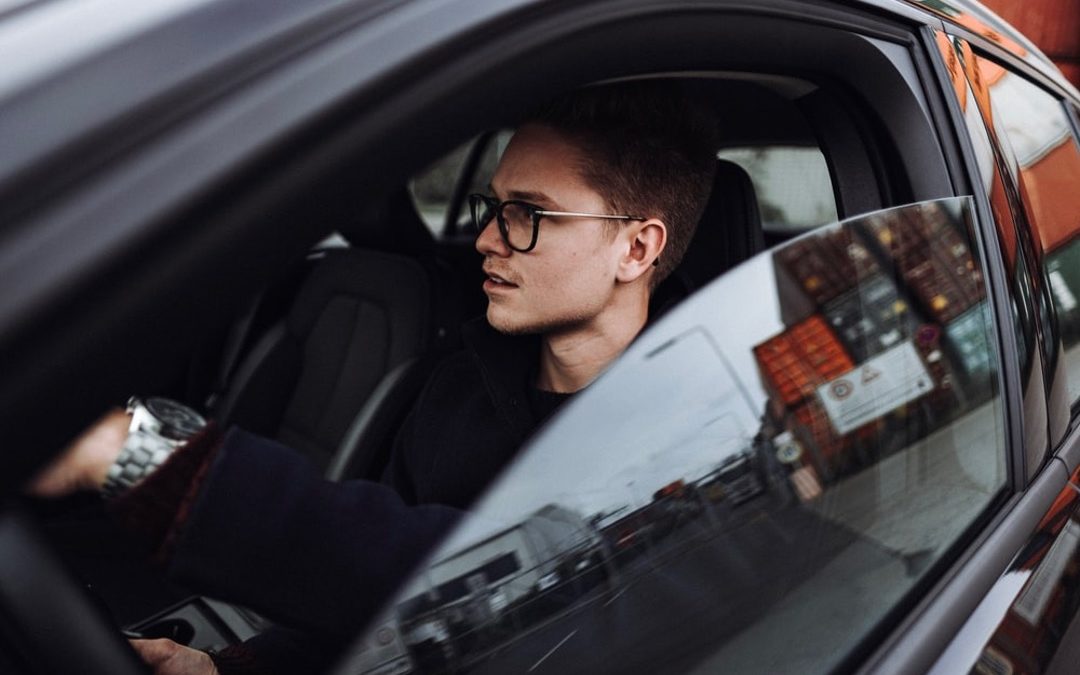 Starting October 1, you can drive over to your local auto parts store for an opportunity to recycle and receive an oil filter for free.

This second-chance opportunity for another oil filter is available the entire month of October.

Just bring in your used oil filter for recycling anytime this month. It’s that easy to receive a free filter.

Four AutoZone Parts stores in Lincoln, Rocklin and Roseville are participating, including the locations at:

Five O’Reilly stores in Lincoln, Rocklin, Auburn and Roseville are participating, including the locations at:

To learn more about recycling tips, the city of Roseville provides resources here. 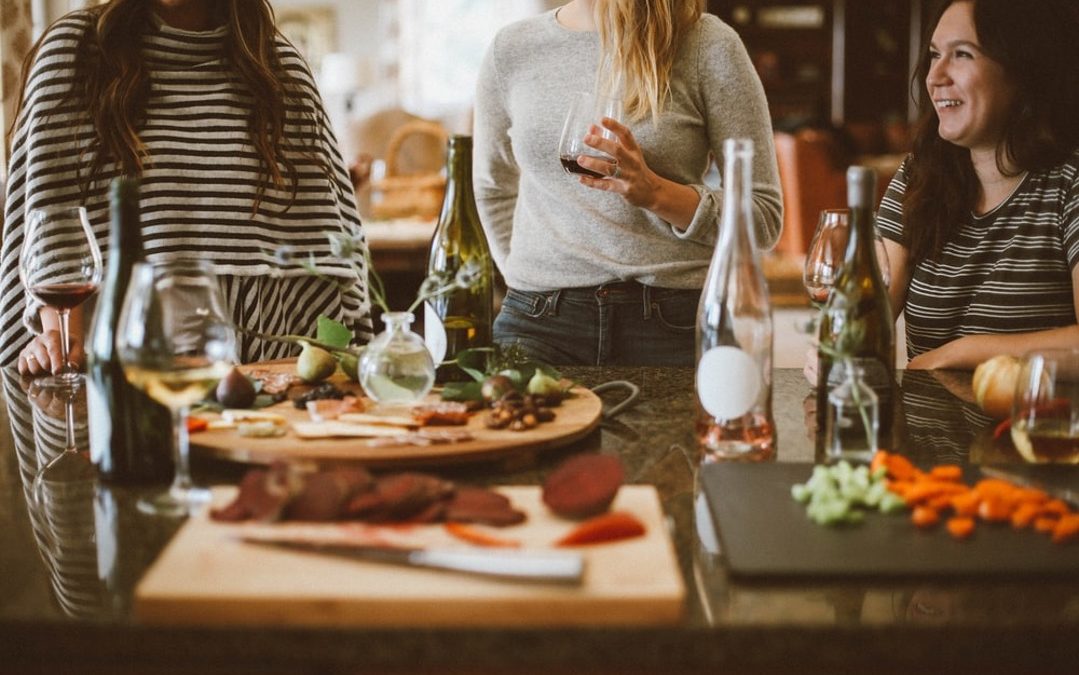 What makes Rocklin such a special place to live?

Is it the excellent schools? Maybe the city’s diverse population and affordable cost of living are two big reasons.

According to a recent report by Money Magazine, there are plenty more reasons why residents and visitors alike gravitate toward everything Rocklin has to offer.

In its rankings, the magazine noted a little history. Over the last 10 years, Rocklin’s population has grown by leaps and bounds.

The fast growth is not hard to believe given the makeup of this incredible place.

As a suburb of the capital city, Rocklin has plenty to offer. From great schools, historical sites, shopping and dining opportunities to outdoor recreation, Rocklin is a standalone city that has it all.

Quarry Park drew plenty of praise from the ranking report. With adrenalin-inducing attractions, including rock climbing and ziplining, the park has established a reputation for a fun day out for the entire family. The park also offers paddle boating and an amphitheater.

Whitney Oaks Golf Club also received plenty of praise in the report, which uses a wide range of categories to rank cities.

Cost of living, economic opportunity, health, safety, housing market, quality of life and personal finance are some of the metrics used to derive the list, which puts Rocklin as No. 43.

Rocklin joins only one other California city to make the top-50 list.

The community’s mix of first-class business, retail and recreation reminds residents and visitors of a bigger city setting. At the same time, the close-knit communities that make up Rocklin embrace a small-town energy and sense of community every day.

Residents also enjoy proximity to parks. There’s one less than half a mile from almost every door across the region.

Add in the city’s top employers, health care providers, entertainment, excellent schools and two thriving colleges, and you can truly see why Rocklin is one of the top cities in the nation. 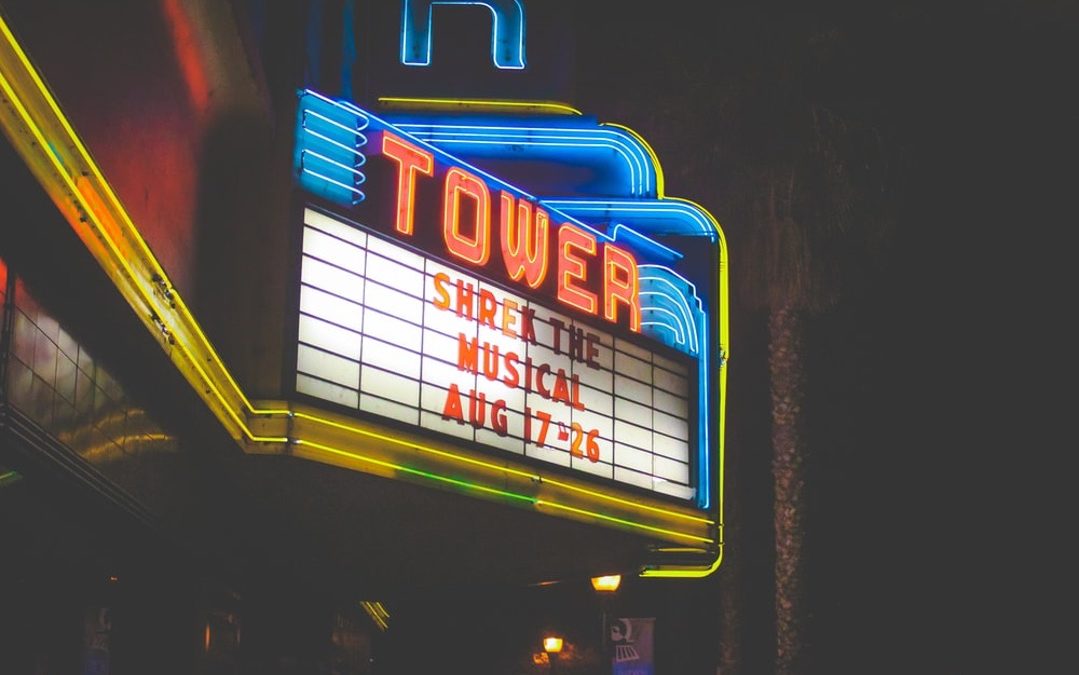 Tower Theatre in downtown Roseville open to you

Through this winter, the historic Tower Theatre in the heart of downtown Roseville will be open for private events, the city announced.

Centrally located, the Tower Theatre is surrounded by plenty of newer and established destinations that are within walking distance. From restaurants, shopping, parks and other attractions, this part of downtown has it all.

For your next special event, you can have it all too.

Through December, you can rent out the iconic art deco building, which features nearly 200 seats and a unique setup, for as little as $500 per day. The intimate size and configuration options allow visitors to make the most of their special event. Check out the rental application here. You can also call the city for booking information at 916-774-5452.

When you visit, you’ll be in the presence of a storied venue. The Tower Theater opened in the winter of 1940 with a show starring Lucille Ball and a capacity crowd of 1,100. It was later remodeled and reopened 15 years later. Over the last two decades, the theater has hosted performing arts events and screenings of classic movies.

The Tower Theatre is located along Vernon Street near the Roseville Theatre and is owned by the city of Roseville.

In a cul-de-sac community north of Whitney Ranch Parkway on the Lincoln city line, the city of Rocklin added four new roadways and 83 properties this week.

Sunset Ranchos Investors’ final map for Whitney Ranch Phase II Units 62 and 69 was authorized by the Rocklin City Council at its regular bimonthly meeting on Aug. 10. Near Lincoln, the project is situated north of Whitney Ranch Parkway, east of Ranch View Drive and west of Whitney Oaks Drive.

Peter’s Way and Creek Bank Way are two new street entries off Whitney Ranch Parkway in the cul-de-sac community. Peter’s Court and Creek Bank Court are the dead ends of the two streets. The north rear walls of the community run parallel to the Lincoln border, where new residences are now being erected.

The approval of final maps is routine, according to Rocklin authorities. If a final map is in considerable agreement with the prior map, a legislative body cannot refuse to approve it. With all costs paid and requirements satisfied, the city judged the revised map to be technically accurate.

The construction of the upgrades, such as sidewalks, gutters and lighting, is partially completed, and the developer has promised the outstanding work. However, the vacant properties on Peter’s Way have yet to be developed.

The city will retain Landscape Lots A, B and C as well as Open Space Lot D, which are available for “dedication in the fee.”

According to authorities, Community Facilities District No. 5 will cover the costs of maintaining the landscaping lots and the open space lot.

Contact us today if you are looking for real estate in Placer County! 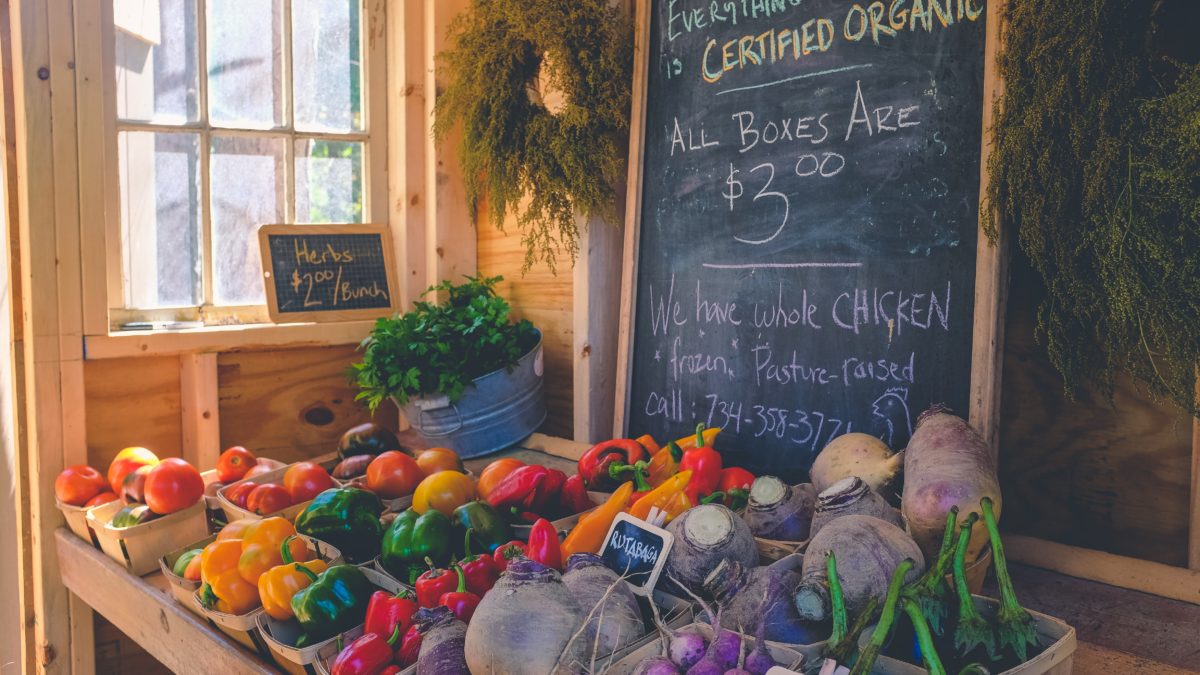 The health food stores in Auburn can help you get on the right track if you want to make your life a little bit healthier. The variety ranges from organic grocery stores with fresh fruits and vegetables to marketplaces with organic deodorants and essential oils. Here are some of Placer County’s top health food stores.

Amazing store with so many delicious selections, especially for those of us on strict diets or who have been on food restrictions for a long time. The shop is usually well stocked, and the rewards program is excellent. They offer high-quality products and rarely have a problem with consistency. The personnel were all really kind, and they offered several ideas based on dietary objectives.

This is a unique small spot that could only be found in Auburn. If you’re looking for high-quality ingredients for a dish you’re cooking or want to support local craftsmen and their crafts, this is the place to go.

The sandwich shop is also fantastic. All of the sandwiches are quite tasty. The brothers who operate the store are quite pleasant, providing guidance and useful tips as well as information about local culture.

It’s a great location to go if you’re looking for organic products on a budget. They are always offering fantastic bargains. It’s also a great place if you want to try something new, whether it’s cuisine or something else. Their inventory is unique in that it is always changing. This is a fantastic grocery store with really pleasant and helpful employees. 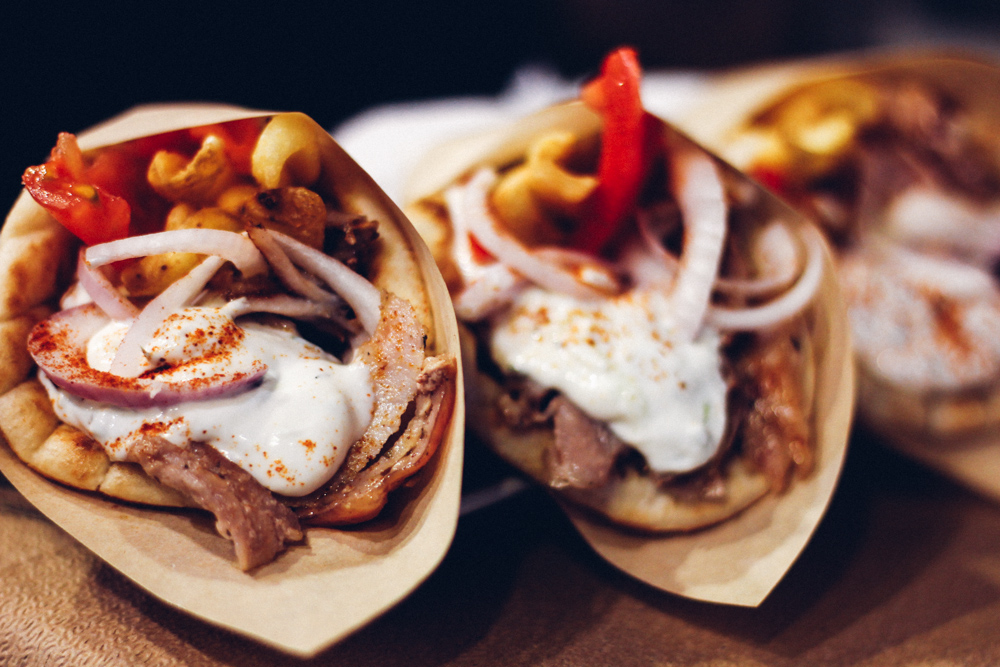 San Jose-based Nick the Greek, a quick-service franchise offering gyro platters, falafel and a variety of pitas on its menu, will be opening in Roseville.

This Nick the Greek location is planning for a May opening. The eatery will be located in the Fountains at Roseville in the spot previously held by Zpizza.

The restaurant’s quick-service model helped it endure COVID-19’s interruption because it was designed to be a takeout restaurant.

Founded by three cousins who grew up as first-generation Greek immigrants, Nick the Greek’s popularity is rapidly increasing. With nearly 25 locations statewide, the cousins aim to have close to 50 outlets open next year, with the possibility of 10 in the Sacramento area.

In its long-standing heritage of offering programs and venues that promote active and healthy living, the City of Roseville has been working on something new.

In keeping with its long history of offering programs and facilities that encourage active and healthy living, the Department of Parks, Recreation and Libraries is launching Be Well Roseville, a new program to make Roseville a healthier place to live. Physical activity, proper diet and mind/body rejuvenation are the three primary areas of wellness that Be Well Roseville will focus on.

They’ve planned Fitness in the Park, a weekly dose of Saturday sunlight, to raise awareness and excitement for this program. Fitness in the Park has a dual purpose: It promotes Roseville local parks and encourages people to exercise while promoting City of Roseville fitness instructors and class offerings.

On Saturday, Sept. 4 through Tuesday, Oct. 2, workouts will be held in local parks.

For additional information, go to the Be Well Roseville website. 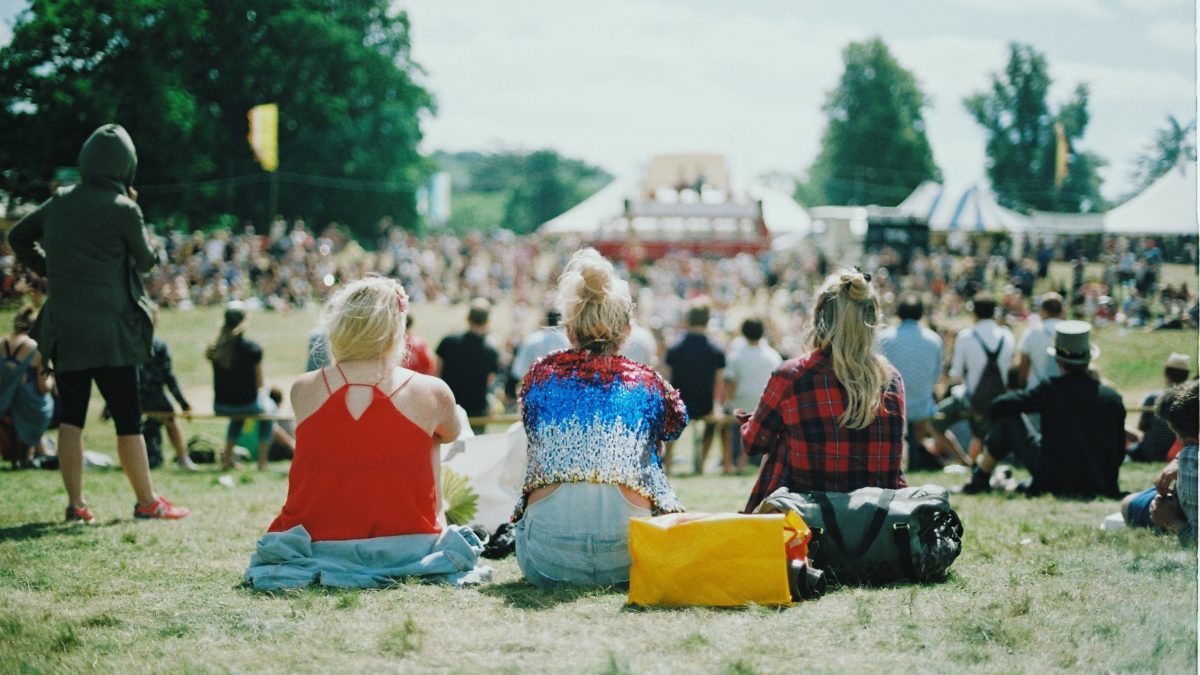 On September 5th, Rocklin’s Quarry Park Amphitheater will host Rocking the Quarry, a one-day music festival that will include tribute bands.

These bands will perform covers of some of the best pop music from the 1970s and 1980s. Fans can look forward to an afternoon of chilled beer and musical tributes to Pat Benatar, ZZ Top, Bebop rock n’ roll, The Eagles, Journey and John Cougar Mellencamp.

It’s time to let your hair down and have some fun with a tribute to older music, eccentric fashions and the era that brought us big hair!

Tickets range in price from $25 to $150 and may be purchased online.

Rocklin has many great community events in the area year-round, which is yet another reason why people like to live here.

Contact us today if you or a loved one wants to move to the wonderful Rocklin community. 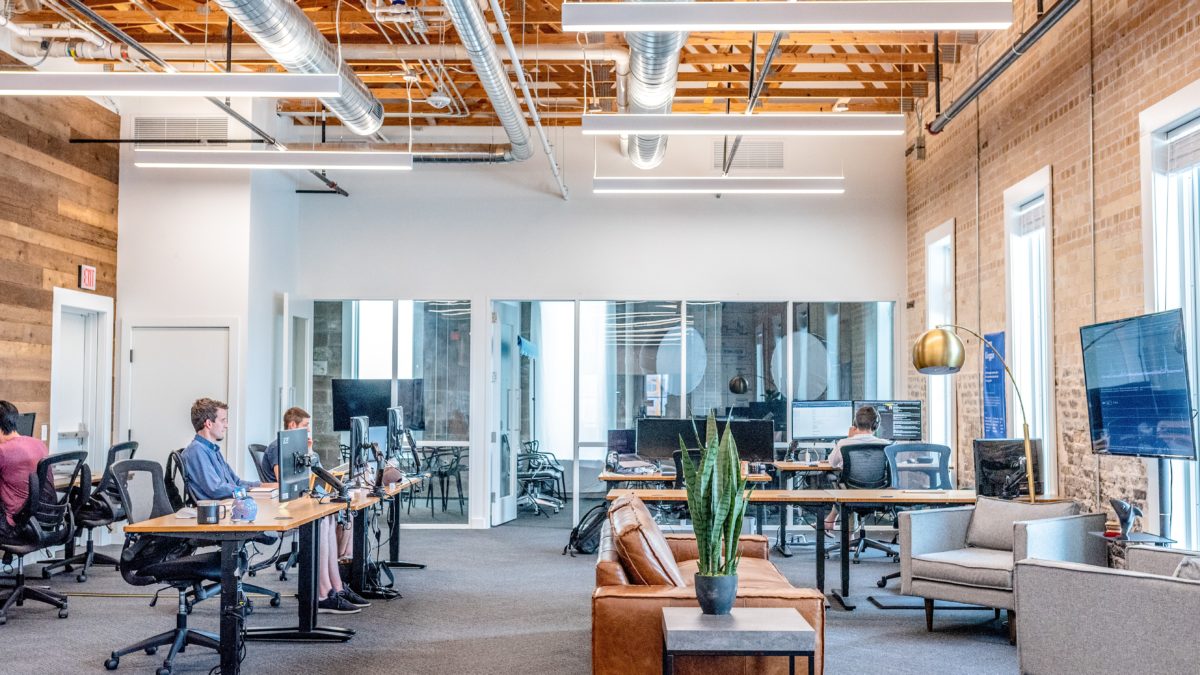 Roseville named one of the best places to work in tech

As a result of the COVID-19 outbreak, many people in the computer industry are looking for new areas to live and work in. The Sacramento/Roseville metro region has been rated one of the greatest areas to work in tech by SmartAsset.com, indicating that it is primed to become a prominent landing point.

Contact us today if you or a loved one wants to move to the Sacramento/Roseville area.