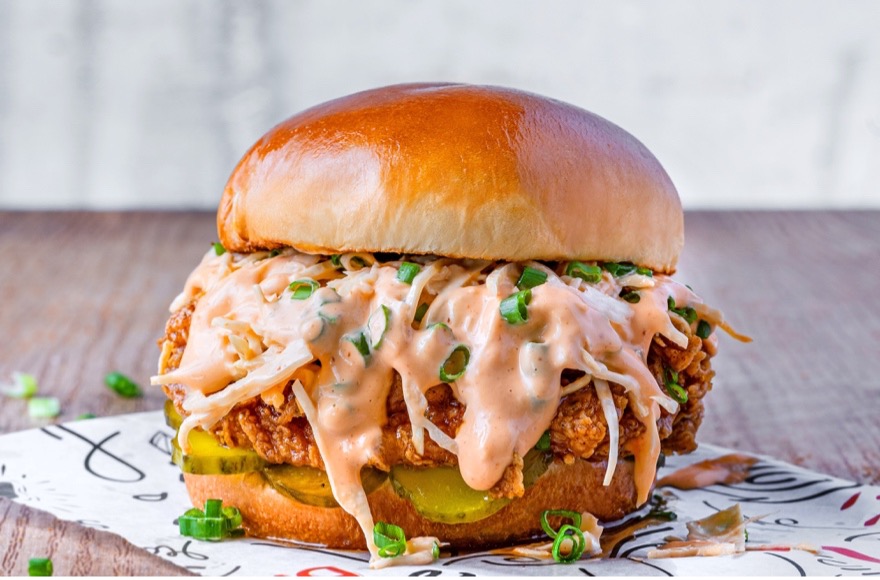 The city of Roseville’s food scene is taking a trip to Flavortown, a food delivery-only concept that is spreading across the nation and is backed by the one and only TV chef Guy Fieri.

Instead of opening a static brick-and-mortar restaurant, the ghost kitchen adopted the Buca di Beppo location and kitchen in Roseville. The delivery-only service operates out of existing industrial establishments with more than 120 pop-up kitchens in 25 states. California has about a dozen of them.

Some menu items include the Bacon Mac ’N Cheese Burger, the Chicken Guy! Sandwich, the Crazy Cuban Sandwich and some incredible appetizers, like the S-M-Cheesesteak Egg Rolls.

For dessert, the restaurant whips up a chocolate whiskey cake with crème anglaise, salted whiskey caramel sauce and toffee bits.

If your mouth is watering, you can order from the Guy Fieri Flavortown Kitchen website and get your food delivered now. Check out the Roseville menu here.

“Diners, Drive-Ins & Dives” host Guy Fieri opened his first restaurant in California in 1996 and won the “The Next Food Network Star” a decade later. Guy Fieri is partnering with Planet Hollywood founder Robert Earl for his latest food project.