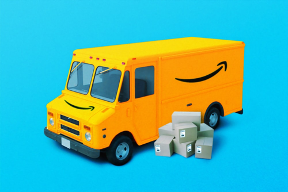 Amazon is adding a dot on its massive map with a new distribution center in Roseville.

An opening date for the Amazon Hub along Foothills Boulevard is yet to be announced by the company – but signage for the center is apparent.

Amazon also released a short statement about the company’s excitement about its continued investment and new job opportunities for people living in the region. The planned facility is the second one in the Sacramento region.

News of the new project falls in line with Placer County’s impressive track record of job growth and employment opportunities.

Expansion to Adventist Health, Kaiser Permanente and Sutter Health have spurned tremendous economic opportunity for the county and its residents.

The addition of Amazon elevates the region’s reputation for following through on its commitment of having great schools, attracting successful businesses and providing residents and visitors with first-class entertainment, shopping and dining.

5 benefits of buying a newly constructed home over existing build